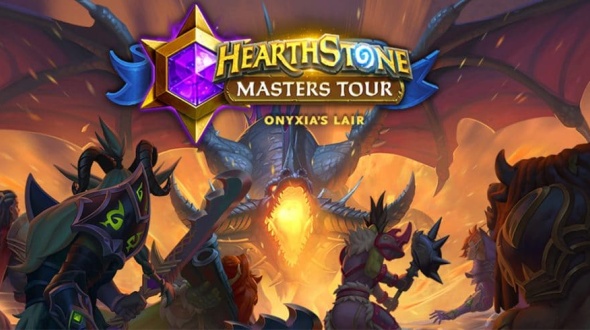 Esports in the UK, and especially in the field of Hearthstone, have gotten off to a great start in 2022. In the weekend of February 19th, the Masters Tour 2022 Onyxia’s Lair took place and no less than three British players managed to make in into the top eight of the event. This is not only a good achievement for the players themselves and esports in the UK as a whole, but also increases the chances of qualification for the Hearthstone World Championship later this year, as the number of player spots for that tournament has been increased this year, from 8 to 16.

Impressive displays during the Masters

The achievement of the UK player during the Masters Tour 2022 becomes even more impressive when you consider that the event started out with no less than 376 professional participants. Add to that the fact that the tournament was running on Asia-Pacific time, meaning that UK and other European players had to play through the night, and it becomes abundantly clear why everyone related to esports in the UK and to Hearthstone in particular applauded the results at the Masters.

“The tournament started at 11PM and ended at 8AM GMT each day”, commented Alexander ‘Raven’ Baguley, caster at the event itself, “The three UK players played all night for three nights and they still managed it. I was struggling to stay awake while casting due to the reverse hours! So, with the low amount of prep time, and having to play on a terrible schedule, it’s really impressive that three UK players made the top eight”.

There was more to the achievement of the UK than “just” making it with three players into the top eight of the Masters Tour 2022, though. While two of those players were known competitors in the Hearthstone universe, Judgement and DeadDraw, who is a member of Team Liquid and boasted the highest win-rate last year, the third UK player was a complete unknown to all pundits and commentators. As a matter of fact, his actual player name was literally “Unknown” and not just for Hearthstone. The player wasn’t active on Twitter either before his success at the Masters Tour and took the opportunity of his top-eight finish to send his first tweet ever into the ether. At the time of tweeting, the player who identifies himself as Freddie Nash, didn’t even have a profile picture or a banner image for his Twitter account yet. Talk about unknown in the esports universe.

“Normally, between all the casters, we have enough player knowledge that one of us will know a player in the tournament”, said Raven in reaction to questions about Freddie ‘Unknown’ Nash, “But nope, none of us knew Unknown. We thought, he’s from the UK? And we don’t know him? It was embarrassing considering four of the six Hearthstone Grandmasters casters are from the UK”.