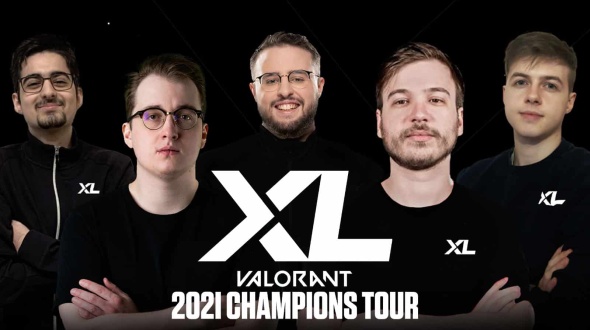 In the build-up to their first match of the new year, UK esports organisation Excel Esports introduced its new roster for the 2022 Valorant season on January 10th. The new formation, which includes two esporters from the UK, got off to a good start by beating French rivals Ignisoul Gaming two to nothing in the opener of the VCT Europe 2022 Stage One Open Qualifier Challengers circuit.

In addition to the British player Moe40, Excel brought in his countryman ozzy together with Russian player chiwawa, Polish player paTiTek, and elllement from Serbia. This last name might sound familiar to followers of the amateur Valorant circuit, as he is joining Excel Esports from OG and NoPoaching where he booked considerable successes as an amateur, including a victory at the Rix.GG Valorant Open in May of last year.

A name that you're less likely to have heard of, but which you should definitely keep an eye on, is ozzy. The young Brit joined Excel from NoPoaching, while he was also signed by Germany-based G2 Esports as a substitute during the second stage of last year's Valorant Champions Tour. At Excel, he will be looking for his definitive breakthrough as a professional esporter as part of what Excel's squad manager Kevin “Noizeeh” Jaskiewicz has already dubbed “a winning team” in progress. “This is a winning team”, he stated after introducing the team's 2022 Valorant roster, “I've always wanted to make a big difference in the Valorant scene and I feel like this is the opportunity to do it”.

Under the leadership Noizeeh, who will be supported by head coach Jimmy “Jumpy” Benrdtsonn and assistant coach Sam “Fields” Greenfield, Excel will be looking to improve on what has been a largely disappointing 2021 Valorant season for the organisation. The team booked some moderate successes, including becoming runners-up at the Valorant Open Tour: France – Spring Qualifiers. Failing to assemble a full line-up forced Excel to pull out of the finals in November of last year though, and the organisation is sure not to let that happen again.

The new-look Excel Esports lineup features an intriguing mix of Valorant veterans and promising rookies with which they want to make Excel a household name in esports in the UK and international esports. “We have the potential to be great”, says Muhammad “Moe40” Hariff, “But there's a lot of hard work to get there. With time, I believe e can be a top team”. Excel's official press statement confirmed this ambition by stating that “with a year of competitive experience under their belts, they [Excel's players] will be looking to implement learnings from 2021 to make this a year of competitive victories”. After a good start to the 2022 season, the first goal will be to make it through the VCT 2022 Europe Stage qualifiers.