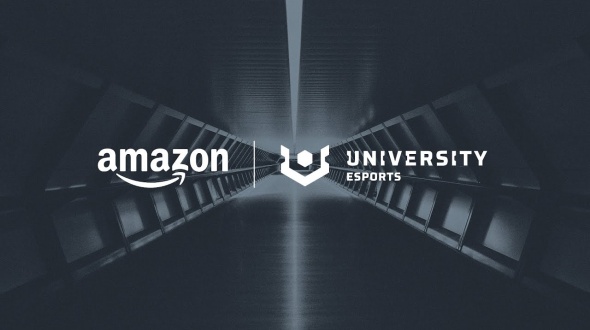 Since the winter of 2021, more than one thousand student teams from more than one hundred universities around the United Kingdom and Ireland have been competing against each other in several popular esports titles, including League of Legends, Counter-Strike: Global Offensive and Overwatch, as part of the Amazon University Esports event. Now, the 2022 Spring Split, the final stage of the 2021/22 Amazon Esports tournament in the UK and Ireland, is upon us and teams will be competing for a share of the £24,105 prize pool.

Growing esports in the UK

The organisation of the tournament itself, which is shared by Amazon and NUEL (National University Esports League, has identified audience growth as well, and not just in the United Kingdom and Ireland. The finals of the Winter split, for example, were viewed by more than 40,000 people, while the qualifying tournaments in the UK as well as other countries like Germany, France and Italy attracted a total of more than six million viewers across different platforms, including Twitch and Youtube. The upcoming 2022 Spring Split is expected to match and possibly break some if not all of these numbers.

Besides a share of the prize pool, teams will be aiming to make it to the Grand Finals of Varsity, which will be taking place remotely from April 12th to April 14th. Besides the prestige and the chance to be crowned the best student team in the UK and Ireland, the Spring Split’s leading teams will also qualify for the Amazon University Esports Masters. During this event, the teams will represent their country as well as their university when competing against the best student teams from all over Europe. This includes popular esports titles like Rocket League, League of Legends and Clash Royale.

The initial idea was not for the Masters to take place remotely, but responsible risk management made the organisation of the event decide to opt for the remote option. “We’re keen to bring NUEL Live back, but a combination of factors, namely scheduling challenges, budget and the lingering impact of omicron, made us decide to keep our powder dry for next year and make sure we’re putting on an awesome experience for the players”, says David Jackson, Managing Director at NUEL, “For this year’s finals, we’re looking at what we can do to make the broadcast of the tournament a bit special, so hopefully will be more to talk about on that in the coming weeks”.