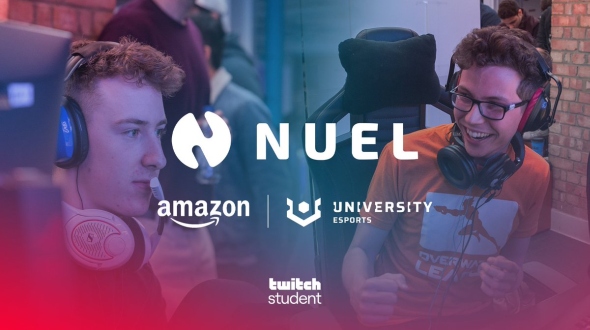 Earlier this year, we already wrote a piece about the NUEL Amazon University Esports Spring Split, part of the biggest esports tournament for universities across the UK and Ireland. Teams from all over the territory were competing for their share of the £24k prize pool and the Grand Finals took place between April 12th and April 14th at remote locations, as a result of COVID-19 restrictions at the time.

Once the Spring Split was completed, university teams could immediately start preparing for the Summer Split, beginning on July 11th, 2022. That tournament has now been completed as well and in this article, we’re taking a quick look at the results and at the teams that managed to bring esports glory to their respective universities.

Even just looking at the number of participants for the NUEL Amazon University Esports Summer tournament, you immediately get an idea of the event’s magnitude for esports in the UK and Ireland. For the recently finished tournament, no less than 224 university esports teams and 1,735 players participated, and that’s not even including the dozens of student staff in management and production roles to support organisers GGTech and NUEL (National University Esports League). The total prize pool was smaller than that of the Spring Split, but £4,450 worth of Amazon vouchers still represented a nice complement to the prestige of winning a title at the Summer tournament.

These vouchers could be won across a wide selection of different events and titles. The NUEL Amazon University Esports Summer tournament features some of the most-played esports titles of the moment, including League of Legends, Valorant, Counter-Strike: Global Offensive, Rocket League, and Overwatch. The organisation also created individual leagues and events for female and non-binary participants in an effort to make it one of the most inclusive esports events of the year.

One of the great things about the NUEL Amazon University Esports Summer 2022 event was that the winners in the many different titles and categories came from dozens of different schools. Some of the most eye-catching victories were those of the University of Warwick’s Warwick Summer Scraps in Rocket League, the University of Southampton’s T4 in CS:GO, and Imperial College London’s Origins OGs’ in Valorant.

Overall, the Summer edition of the UK’s and Ireland’s biggest university esports event was a great success, something that GGTech/NUEL Country Manager David Jackson also emphasised at the closing of the tournament. “This brings a close to another successful Amazon University Esports Summer Tournament which has seen high levels of engagement and given students a great platform to interact during the summer”, he said, “As students’ participation increases, and universities embrace esports through courses and facilities, esports societies and competitions will grow, providing students with additional opportunities in esports-related fields such as event production, management, casting, and other related field is essential”.