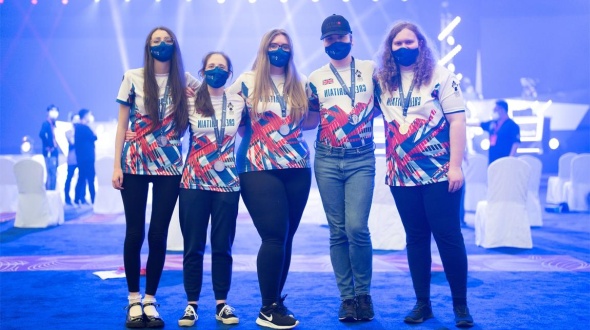 From December 17th to December 19th, 2021, the very first Global Esports Games (GEG) were organised in Singapore. The first edition of the event, where players compete for medals instead of prize money, welcomed hundreds of teams from more than 80 countries. The teams competed in four different tournaments, namely the Dota 2 Open, Street Fighter V, Dota 2 Women, and eFootball PES (Pro Evolution Soccer), and Great Britain selected teams to compete in each tournament. The biggest success for esports team UK was eventually booked by their Dota 2 Women's team, who brought home a silver medal. This represents a considerable success for all of esports in the UK and for British Dota 2 players in particular.

Road to the final

Under the careful management of Mark Weller, Chief Gaming Officer at British esports organisation Vexed Gaming and team manager for team UK during the Global Esports Games 2021, the British Dota 2 Women's team reached the final of the event after eliminating team Mongolia by 2-0 in the semi-finals. In the grand finale, host Singapore was the opponent. Playing a best-of-three format, Great Britain hit the ground running in the final with a victory before the locals equalised by winning the second leg. In a thrilling final round that ran for over eighty minutes, the British women eventually had to recognise the superiority of their Singaporean rivals, but the resulting silver medal was nevertheless an impressive achievement. One to be proud of.

“From where we started in the beginning, I'm so proud of how far we have come”, said UK esporter Bellemiku, “We prepared for the matches to the best of our ability and our series vs. Mongolia and Singapore showed that. We went into the finals with low expectations and winning that first match felt amazing, it's a shame we couldn't close out the series but the final 80-minute match just displays how close it really was. I'm very excited to see more opportunities like this in the future”.

Laying foundations for the future of esports in the UK

The Dota 2 Women's team silver medal wasn't the only achievement worth mentioning at the Global Esports Games 2021, though. On the Dota 2 Open, esports team Great Britain got fourth place after losing to hosts Singapore in the semi-finals, while British Street Fighter V player The4Philzz made it all the way to the semi-finals of the tournament before losing 1-3 to team Chinese Taipei. In the battle for third place, Great Britain lost 3-1 to team Pakistan, resulting in a second fourth-place finish for team Great Britain.

“Closing out the first Global Esports Games with a silver medial and two close fourth-place finishes is a fantastic start for what could be a strong national programme”, said esports UK team manager Mark Weller about his team's performances, “Our journey to Singapore was met with many struggles, but I feel we are building the foundations of something truly fantastic with our UK esports roster”.