It was the Swiss Gaming Challenge 2019 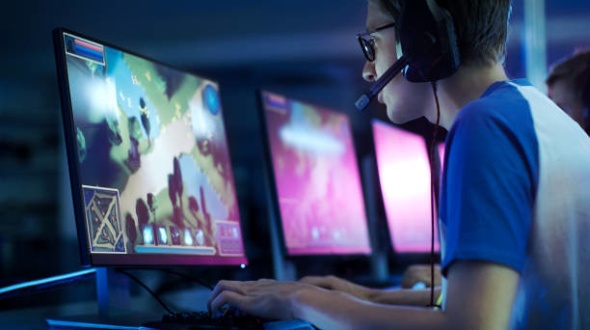 Cosplay, fantasy and many eSports were offered to us at Fantasy Basel 2019. What happened on the eSports scene?

The eSports stage of Fantasy Basel 2019 offered a weekend of great intensity with two major tournaments. On the one hand, the best FIFA players in Switzerland competed in the Coca-Cola eCup, and on the other hand, we attended Starcraft 2, CS: GO, Rainbow Six and Overwatch tournaments as part of the Swiss Gaming Challenge (SGC).

There was the last game between Railgan and Mamba of Starcraft 2 who were competing for the trophy. The two pros proposed an exciting Best of 7, in which they showed how much tactics and in particular the mechanics of the game were necessary.

And this Saturday, Rainbow Six Siege was there for the first time during an event of this magnitude in Switzerland. And he was able to convince, because no other game attracted so many spectators to the stage!

Overwatch concluded the Swiss Gaming Challenge on Sunday morning. Here, the outsiders March Marmot faced the permanent winner SILENTGAMING. Although almost all connoisseurs of the stage would probably have bet on the fact that SILENT would win in the end, no one probably expected the duel to be balanced and exciting! The only question that remains is why this game is going through such a difficult period on the Swiss scene at the moment, when events are working so well.

Overall, the GSC offered a varied and entertaining program. The teams were all well prepared and skillfully represented the Swiss eSport with good performances. In addition, the finals were exhilarating. However, it was a pity for the audience that there were sometimes quite long breaks between each scene, not to mention some interruptions due to technical problems.