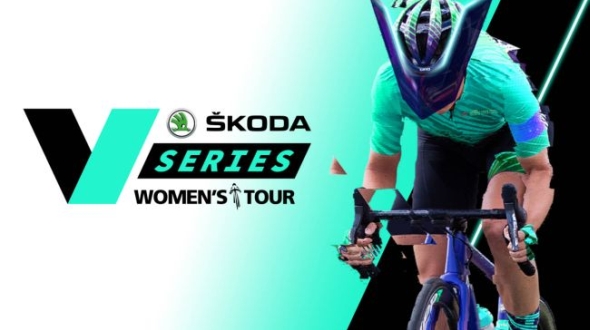 The Women’s Tour, postponed in the real world, will be back on a virtual stage from June 17 to June 19 thanks to a partnership between its organizers SweetSpot and RGT Cycling and the support of its long-term partner ŠKODA. The new ŠKODA V-SERIES Women’s Tour event will be supporting two charities: Breast Cancer Now and Mind.

Riders and team from all over the world will compete over three stages on the RGT Cycling virtual platform in a stand-alone event to the real-world road racing Women’s Tour event. All the action, which will feature some of the world’s leading teams, will be broadcasted live via the Women’s Tour website and YouTube channel as well as the We Love Cycling YouTube Channel, and streamed online on a variety of platforms to be announced. Members of the public will have the chance to ride the three routes following each stage of the ŠKODA V-SERIES Women’s Tour and test themselves against the pros, with a suggested donation of £5 to raise money for Breast Cancer Now and Mind.

“We have been working with RGT Cycling since 2019 to develop a virtual vision of one of our events to bring the race and athletes to a new audience”, commented Jonathan During, Partnerships Director, SweetSpot. “As soon as the COVID-19 situation hit and we were forced to postpone the Women’s Tour in March, we accelerated those plans and have worked tirelessly as a team to bring the inaugural ŠKODA V-SERIES Women’s Tour to fruition. eSports are an important and growing area of both the sporting landscape and in the arena of professional cycling and we look forward to bringing our event to screens around the world on 17 June”, he added.