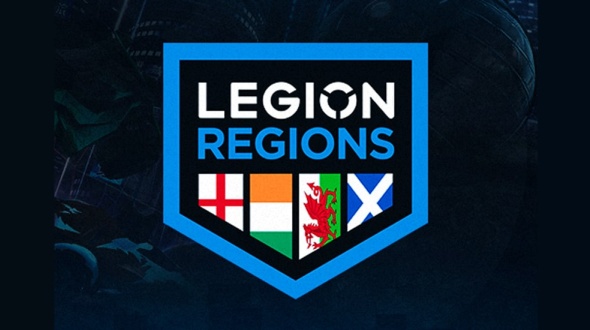 In the name of Wales, an unknown Rocket League team called Blasters won the Lenovo Regions Rocket League tournament in the evening of March 31st. In the finals, they overcame Wolves Esports, who represented England during the event, to pick up a nice £3,000 cash prize, while runners-up Wolves took home £1,500 of the total £10,000 prize pool. The grand final as well as all of the action leading up to the big event was all streamed live via LenovoLegion’s official Twitch channel.

The Lenovo Regions Rocket League event is a new event in the world of esports in the UK supported by Lenovo’s gaming brand, Lenovo Legions. It’s a Rocket League tournament for players in the United Kingdom and Ireland that is exclusively played online and features a total prize pool of £10,000. The first of four qualifying rounds took place on February 12th of this year and featured Irish players, followed by qualifiers in Wales (February 16th), England (February 19th) and Scotland (February 23rd).

The regional finals then took place on March 5th and the winner of each region qualified for the grand finals, which were held very recently, on March 31st. The qualified teams per region were the following:

In the end, it was the representative from Wales that managed to win the very first Lenovo Regions Rocket League tournament as previously unknown Blasters managed to beat Wolves Esports, the official esports team of Premier League football side Wolverhampton Wanderers, from the UK. Wolves were a last-minute addition to the tournament schedule after initial contenders GigaGuys-1 dropped out right before the main event got underway. As a result, their place in the grand finals was given to Wolves, who almost made the very most of it by subsequently reaching the final round. Unfortunately for them, the Blasters from Wales proved to be a bridge too far.

“I’m so proud of them”, wrote Blasters’ coach Bunnztv on Twitter after the victory, “We’ve been working really hard trying to improve together […]. All the credit goes to them [the players on the Blasters roster], I’m so happy!”.

There was also quite a lot of talent present outside of the battlefield with John “Johnnyboi” McDonald and Callum “Shogun” Keir providing commentary and insights as the tournament principal casters. Jasmine “Veracity” Kanuga joined them as the official host of the first ever Lenovo Regions Rocket League tournament and she was supported by Mike “Gregan” Ellis for the match reports and analyses.