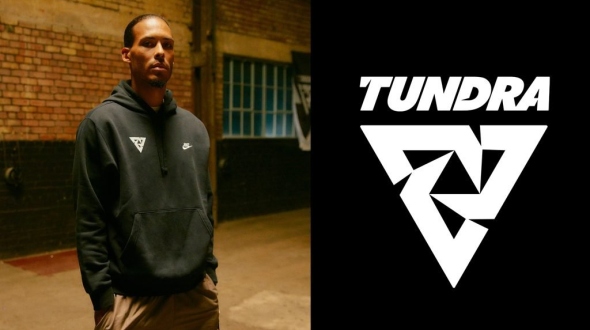 Following in the footsteps of major esports organisations like Fnatic and Guild, London-based Tundra Esports has announced a new partnership with Liverpool FC defender and captain Virgil van Dijk. The Dutchman was announced a new Ambassador and shareholder of the organisation, and it was done in a rather special way. That’s because the announcement was made by British rapper P Money, another Tundra Esports Ambassador, as part of the esports anthem “Outplayed”. Like that, Van Dijk becomes the latest international football superstar to get involved in the booming world of esports in the UK and worldwide.

A bit more about Tundra Esports

Before going deeper into the brand-new collab with VVD, let’s take a look at Tundra, a relatively new but growing esports organisation from the UK. The team was founded in 2019 and has its headquarters in London, from where it manages an international roster of esports talent, not just from the United Kingdom but from all over the world. Nowadays, the organisation mainly competes in three esports titles, namely FIFA, Fortnite and DotA 2. Subsequently, they have also booked considerable success in various games and tournaments over the past years, including winning the Fortnite Championship Series in 2021 and ranking first among all European DotA 2 teams.

Tundra is not just focused on celebrity partners as Ambassadors and shareholders, though. Soon after its inception in 2019, for example, the organisation closed high-profile deals with various brands, including TikTok (the social media’s first official esports collab) and Kappa, as its official Sportive Teamwear supplier. As the company states, it “aims to set new standards for what it means to be an esports organisation by going back to the roots of the competition, with a focus on performance, developing elite talent, valuing confidence and composure, and never backing down from a challenge”.

Considering Tundra’s ambitions and achievements, it only makes sense for them to now partner with one of the best defenders in international football. As part of Jurgen Klopp’s extremely successful Liverpool side, the Dutch national team player has won various trophies over the years, including the Premier League title and the Champions League. He is now looking forward to the new esports challenge with Tundra as well.

““I am extremely excited to be joining Tundra Esports”, VVD commented after the announcement of the partnership with Tundra, “Tundra Esports is one of the fastest growing esports organisations in the world and they are moving in a very exciting direction. It was great to be able to collaborate with P Money and the idea behind OUTPLAYED further emphasised why I wanted to be involved to help grow the team. They have built up a tremendous reputation when it comes to player well-being within a winning culture which is something that really resonates with me. I’m excited for the future”.