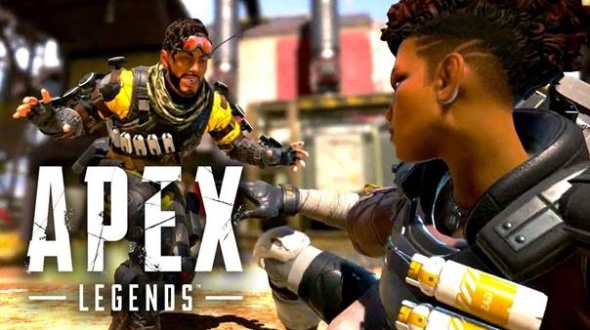 Apex Legends takes up the principle of the "battle royale", popularized by PlayerUnknown's Battlegrounds and Fortnite games. As with its competitors, a game begins with players dropping over an island. They must search the map for weapons and equipment before trying to eliminate their opponents, with victory going to the last to survive. Particularity: Apex Legends is necessarily played in cooperation. It does not oppose one hundred players each playing for their own skin, but rather twenty teams of three players each. This is where the game gets its big difference from its pairs.

Apex Legends is also inspired by Overwatch, a shooting game in which players have different powers depending on the characters they decide to play. An RPG dimension is then felt. For example, Lifeline is a character who can deploy a drone to heal his teammates, and can also call a chest full of defensive items. He will be in charge of the support function. For the moment, eight characters are available, two of them to unlock during the game or by paying.

Explanation and description of The Legends

Bangalore: Bangalore is undoubtedly the most versatile character in Apex Legends. It does not excel in any field but defends itself on all fronts. Its passive ability and its smoke thrower allow it to escape effectively from difficult situations but can also have an offensive interest. Finally, its ultimate ability is an effective tool for forcing opponents to leave an open area.
Bloodhound: Bloodhound has unparalleled detection capabilities. Its passive allows it to follow any opponent to hunt them down. Tracker and Predator then make it possible to attack by precisely detecting the location of opponents....
Caustic: Caustic's gameplay is entirely based on the large areas of poison he is able to spread with his Nox Gas Trap and his ultimate ability. Similar to Singed in League of Legend. These two spells make it particularly devastating in enclosed spaces such as houses where enemies are trapped and forced to cross your toxic clouds.
Gibraltar: Gibraltar has not one but two protection capacities. Its armor makes it very strong in frontal clashes and its protective dome helps to delay many desperate situations. A little like Bangalore, it is able to totally prohibit access to an open area thanks to its ultimate capacity.
Lifeline: If it does not shine through its combat capabilities, Lifeline is very useful in keeping its allies alive. She has the game's only healing ability and is able to heal and revive her allies quickly (Like Archangel in Overwatch). Finally, its ultimate capacity allows it to provide powerful equipment to the team: an advantage not to be overlooked!
Mirage: Mirage has stealth in the veins and all its abilities are oriented around the use of clones that will drive your enemies crazy (Shaco?). When played correctly, Mirage is very unpredictable and extremely difficult to ground.
Pathfinder: Pathfinder excels when it comes to finding the best position to win a fight. Its grapple allows it to reposition itself in the blink of an eye and even to reach places that are very difficult to access. Thanks to his ultimate ability, he can even share this exceptional mobility with his entire squad.
Wraith: Wraith's gameplay is all about mobility. His passive as well as In the void allow him to spot enemies easily and to get to safety if the situation goes wrong. Finally, its Dimensional Rift is one of the most powerful ultimate in Apex Legends. Allowing your team to reposition itself in a few seconds to surprise an opponent is simply insane.

Why play Apex Legends? How to get started ?

In addition to offering a Gameplay system that is different from its peers, Apex Legends stands out for its atmosphere. Far from Fortnite's "teenage" gameplay, and the sometimes "slow" sides of PUBG, the Apex Legends video game offers total freedom and dynamics worthy of the best FPS. To start off well, there are several things to consider. First, learn to master your legend perfectly. Participate in the training mode offered by the game, and set yourself goals. Focus on the character who offers your favorite style of play. Feel free to abuse the sliding system offered in the game. This way will allow either to escape or to engage in a surprise fight. Also remember to store your weapon during a race: it impacts your top speed. Then, diversify your arsenal; use all your resources and pay close attention to ammunition: They are much rarer than in most games.

In conclusion, Apex offers a relatively classic game system, but differs in its mix of genres. What will be its place in the field of E-sport?