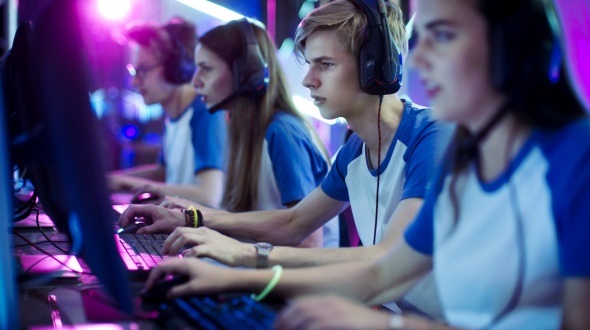 MOBA is a game style of its own, and has attracted many people for several years. Through DOTA, LoL, HOTS, many players have succeeded in improving their teamwork, strategy and other skills.

MOBA (Multiplayer Online Battle Arena) is a genre that has exploded in recent years on PCs and has more and more visibility through E-Sport. This type of game generally involves a confrontation between two teams of 5 players.  The objective for each team is to destroy the opponent's main building, passing through three different lines protected by turrets, thanks to champions controlled by the players but also monsters managed by the computer.

The origin of the MOBA goes back to the Warcraft 3 era in 2003, with the creation of a simple fan mod called "Defence Of The Ancients" (DOTA). The concept has been taken up and continuously improved. Among the most famous MOBAs are "League of Legends" (known as LOL), "DOTA 2" and "Heroes of Newerth". SMITE", but also more accessible console titles such as "Guardians of Middle-earth" for example. Only dedicated to PvP (Player versus Player), it is on your teammates that you will have to rely on to win. A game lasting between 30 and 45 minutes, or even longer, you need to have solid nerves because the pace only accelerates as the minutes go by and the accumulated errors will make you and your team lose you. 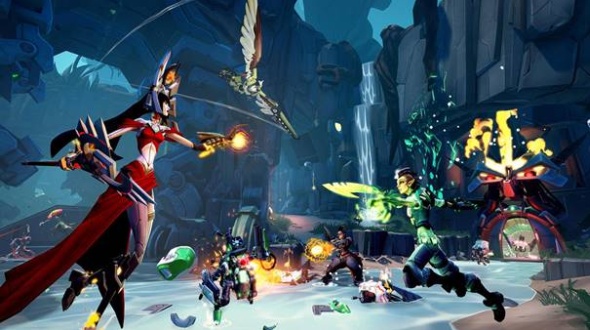 Indeed, it is impossible to win without Teamplay/Team spirit, each player having a very specific role in the team. A typical team is composed of:

- A Tank (a character who can take a lot of damage) usually in Top lane/top line solo,

- a Carry AP (a magician who can deal magic damage) generally placed alone on the Mid lane/line in the middle,

- a Carry AD (a warrior dealing so-called physical damage) and his Support (character who can generally heal/protect the rest of the team) on the Bot lane/lower line,

- and a Jungler, (character evolving on the rest of the map) taking advantage of his mobility to come and catch Ganker/attract his opponent by surprise.

All the beauty of the game is there, each character having particular abilities, the synergy between all the champions and players of the same team is more than important for victory, it is called the Metagame. Over the course of the game your character will win gold coins allowing him to buy equipment with different bonuses. The choice of this equipment is crucial depending on your opponents and you can always resell it to renew it.

All these components make MOBA a fun, very strategic and spectacular game. In addition, some titles such as League of Legends are available free of charge, and do not require a major PC configuration, but just a permanent internet connection...

What are their differences?

It is important to choose your MOBA of choice carefully. Indeed, even if the game system is the same, it is interesting to see that many differences exist.

- The most historical (and complex): DOTA2. At the time, DOTA was just an underground mod of World of Warcraft. Over time, this famous mod has made its mark and now offers an original system. Even if the principle remains the same as League of Legend, it should be noted that DOTA is more complicated to handle, and an additional strategy is to be taken into account: The Deny. THE Deny consists in killing his own allied henchmen to prevent XP's opponent. So you'll have to have a perfect farm to win the game.

- The most underestimated: SMITE. Like his companions, SMITE offers exactly the same style of play. Two different things: We will find gods instead of champions, and the camera system is very different: DOTA and LoL offer cameras in semi-aerial view while SMITE offers an on-board camera in TPS style. It is therefore impossible to know what happens next, so the style of play is totally different.

- The most blunt: Even if there is a strategy, Heroes of the Storm (HOTS) is by far the most direct in terms of actions. The lane are not necessarily respected, and the parts often look like ARAMs (All Random, All Mid) moreover, unlike his friends, HOTS does not offer to buy stuff. Everything will therefore be based on pure talent, one of the most complicated.

In summary, MOBA has made a name for itself in recent years and is adopted by many people. Are you going to play it?

you want to bet on a MOBA?