Counter-Strike: Global Offensive (CS: GO) is a first-person shooter game, which is part of the long-running Counter-Strike series. It was initially an amateur mode for Half-Life, but it gained traction and became a standalone game. The CS: GO game is the latest addition to the FPS family. It has everything good from the previous chapters, and it will likely continue being a success in the future.

CS: GO is firmly established in the eSports scene. It is quite competitive and enjoyable to watch. To win, you need more than just skill; you also need to understand the strategy and game mechanics. Even those who do not play the game enjoy watching the CS: GO esports tournaments.

In the esports scene, you will find independent premier tournaments and major tournaments. The prize pools are usually large enough to be competitive with other disciplines in the esports sector. Most players that play CS: GO try to remain within their organisations due to the salaries offered. They also try to remain within the terms of the contract, which usually leads to stable rosters. This makes CS: GO a good option for investors and boosts development of the market.

Betting on esports has become quite popular in the recent past and CS: GO is no different. It is quite popular to bet on due to the competitive nature of the game. It has a stable competitive scene, and the rule set is quite clear. This makes it easy to conduct an analysis and make good predictions with the possibility of huge wins. There are always reasonable odds to be found if you really look around. If you are new to esports betting, CS: GO is definitely a good game to get started. To bet successfully on CS: GO, ensure that you watch many games, and research the teams. The more you understand about the community, the better. 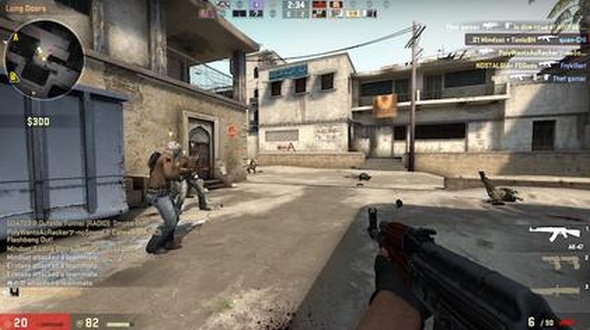 The Main Features of CS: GO

CS: GO by valve was released in 2012. Six years later, the game is still standing strong in the face of games that are more modern. Part of this is due to an established and active community.

The standard mode of this game entails exploiting or defending a bombsite. This mode has 15 elimination-style rounds that last until a side wins most of the rounds. Players are either on the Counter Terrorist or Terrorist side. Terrorists plant the bombs while the Counter-Terrorists try to keep them from planting the bombs at one of the two bombsites. If they cannot keep them from planting the bombs, they need to defuse them before they explode; there is a 40-second countdown timer.

The maps on CS: GO usually depend on the mode you pick. However, it is important to try to understand as many maps as possible. All maps have different paths with clearly marked bombsites and other easy to recognise features.

At the start of each round, you have a given amount of money to buy weapons and other equipment. In your first round, you have just enough for a pistol and one other item. You get to earn money by killing enemies and winning the round. However, they earn less, and this can affect their tactical ability since costs quickly rise.

You can unlock some extra weapons when you complete objective or matches. These upgrades usually just have different skins. However, you can access alternate weapons in some cases. An inventory section shows the crates you got from playing the matches. They contain rare weapons with unique skins.

It works fine on macOS, Linux, and Windows. You do not require a powerful machine to play this game. You can play it with an Intel Core 2 Duo, GPU with 259MB of VRAM, and 15GB Hard drive. Besides that, ensure your internet connection is steady when playing in tournaments.