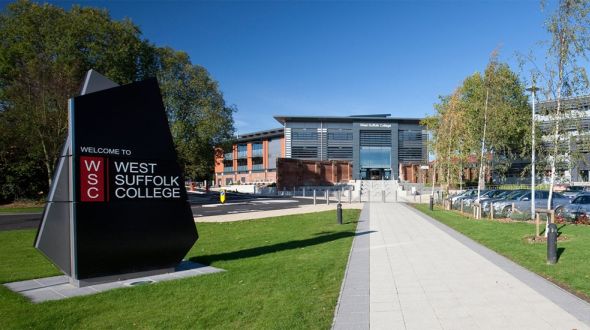 Esports are a fast-growing industry in the United Kingdom, and one of the developments underlining that trend is the growing number of academic institutions dedicating time and resources to the promotion of esports in the UK. We already wrote about the Amazon University Esports event in the UK and Ireland, and about the University of Warwick receiving a £135,000 grant, just to give some examples, and this time we have taken a look at the series of talks about the esports industry that West Suffolk College in Bury St. Edmunds will be holding over the coming weeks and months.

During this series of talks related to esports in the UK and worldwide, different guest speakers will be telling listeners about careers in esports, the skills they consider essential to make it as a professional esporter, and their own experiences and backgrounds in the space. Besides the talks, the programme will also feature the publication of different articles and the organisation of gaming activities. Like that, the initiative becomes a combination of academic talks with guest speakers and interactive participation.

“We think it’s great for students to have the opportunity to speak to people in the esports industry”, says Ben Lewis, Course Director at West Suffolk College, about the initiative, “Lots of the students are still unsure what area in esports they want to get into, and this gives them first-hand knowledge from professionals and the chance to ask them questions about their specific careers in esports”. The series of talks was announced not long after West Suffolk College organised their own Esports Week to raise money for Red Nose Day.

As far as the speakers go, the college has not held back and invited some big names from the esports industry, both in the UK and internationally. These include Ryan Barnett, Senior Operations Manager at London-based esports organisation Guild Esports, Ellis “Ellibear” Celia, Head of Content at Verdant and moderator for esports caster Joe “Munchables” Fenny, and Kirsty Endfield, the founder and director of global esports and gaming communications agency Swipe Right PR.

Besides a plethora of industry professionals joining the roster of speakers, West Suffolk College has also invited a few students and industry volunteers to talk about their experiences. This includes profiles like the one of Sara Leghari, student at Staffordshire University and an Intel Futuregen 2022 cohort, as well as representatives from NUEL (National University Esports League), the largest university community for esports in the UK and the biggest organiser of university esports events in the country.