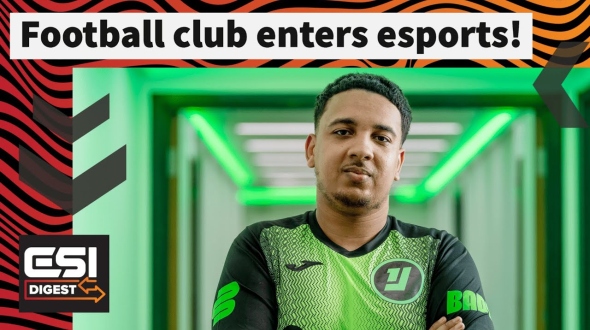 Following the announcement of Bidstack as its official eSports partner, Norwich City Football Club is taking its first major step into eSports and gaming by launching its first-ever eSports team: 1J Esports. Twitch will be the main hub for all of 1J Esports’ streams.

This move offers the football club an opportunity to engage and connect with the next generation of fans. “eSports is the fastest growing element of both the entertainment and sports industries and with eSports and gaming engagement numbers at their highest ever level, now is the perfect time for the club to seize that opportunity and diversify into the eSports space, said Norwich City Football Club in a statement. Our ambition is to create a best-in-class eSports entity with a sustainable business model that provides a welcoming community for all levels of players, creating an engaging platform that fans across the globe can interact with”.

Norwich City Football Club’s official eSports team describes itself as a “welcoming community of gamers for everyone to enjoy” in its mission statement. “As a community club, we want to give opportunities to everyone. A key part of our calendar will include regular, free-to-enter tournaments for our community, culminating in the creation of an eSports academy to unearth and nurture the next generation of eSports talent. 1J Esports are also here to compete. We are aiming to make our mark on the FIFA scene from kick-off with a roster of competitive players, with plans, to evolve into other gaming titles in the future”.