The Guild FIFA 22 Cup: All you need to know 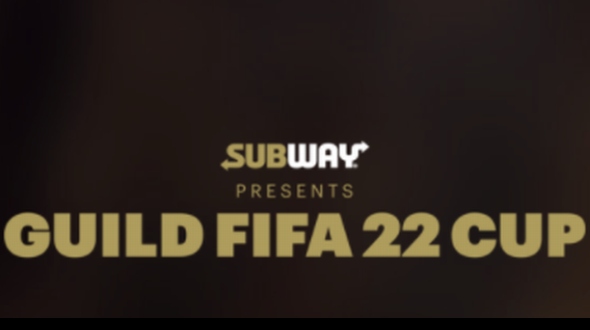 You may or may not have missed it in recent esports news, but United Kingdom-based Guild Esports, of which David Beckham is co-owner, and American fast food multinational Subway have teamed up this year to bring us the brand-new Guild FIFA 22 Cup. After becoming the first publicly traded esports organisation in September 2020, the team is now offering FIFA players across the United Kingdom and Ireland to opportunity to showcase their skills on Playstation 4 and aim for the grand prize in a completely new format.

First things first, when is it?

The organisation opened sign-ups for the tournament last month with the goal of finding 22 amateur FIFA 22 players from the United Kingdom and Ireland to participate in qualifying rounds spread over this month and the next. The qualifiers for the Guild FIFA 22 Cup Live Finals started in the weekend of November 6th and were followed by a further qualifying round in the weekend of November 13th. Three players from each of these rounds have qualified for the Live Finals, while another two players will be added to the final roster after the final qualifying round on coming November 20th and 21st. Like that, eight players in total will be participating in the Live Finals on December 4th, at the Odeon West End Deluxe in London.

Useful info: Sign-ups for qualifying round 3 are currently open!

What's in it for the winner?

There are, of course, the prestige and the bragging rights for the winner of the very first Guild FIFA 22 Cup. He or she will take home the official Golden Sub trophy, from the hands of renowned London-based jewellery designer Johnny Hoxton and completely made of recycled materials. That's a great souvenir of an impressive achievement, but there is more. Guild's new FIFA 22 event namely features a prize pool of £1,800 as well, which is more than decent for an amateur tournament.

On top of that, participating in the Guild FIFA 22 Cup also provides amateur players with the chance to impress Guild's professional esports coaches and scouts. As Michelle Tierney, CCO at Guild Esports, recently said: “We're always on the lookout for the best new talent”. That means that the event is not only a good way to try and take a nice piece of silverware and a cash prize home, but also to potentially kick-start a career as a professional esporter for one of the world's most well-known and ambitious esports teams.

Think you're up for it?

Like we wrote earlier, you can still sign up for the third and final qualifying round of the Guild FIFA 22 Cup, taking place coming weekend on November 20th and 21st. Day one will see 8 players qualify for day two, on which 2 players of the remaining 8 will eventually qualify for the Live Finals on December 4th in London.

In order to sign up last minute, you need to complete the form on the tournament's website and the follow the link to Challengermode registration. Once signed in there, you will receive an invitation to the tournament. Make sure to be ready for action about half an hour before each game and don't forget to check the rules here. So, if you're feeling confident in your FIFA 22 skills, why not give glory a shot?