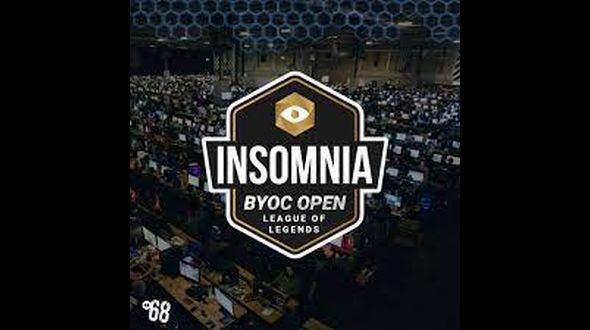 From April 15th to April 18th, the Insomnia68 Gaming Festival was organised at the National Exhbition Arena (NEC) in Solihull (Birmingham) and it turned out to be a successful edition for the University of Warwick. On the 17th, Grey Warwick, the League of Legends team representing the University of Warwick, managed to win the festival’s BYOC (Bring Your Own Computer) event, as well as a £1,500 cash prize.

In the eventual Grand Final of the League of Legends BYOC tournament at Insomnia68, Grey Warwick faced a familiar foe in Germany-based team Four and a Half Men. The English organisation had lost to the Germans earlier on in the event during the group stages, though Warwick’s jungler George “Pawp” Langford blamed this on his team using an experimental draft. Four and a Half Men retorted by saying that “they [Grey Warwick] draft very well, but I don’t think they’re anything special, so it’s not going to be too hard”.

The Germans underestimated Warwick though, because what followed was one of the quickest best-of-five match-ups in the history of Insomnia. It took just two games, both lasting about 25 minutes each, which were won by the Brits: 17-1 in game one and 32-5 in game two. After losing the NSE University League of Legends final a day earlier, the victory in the BYOC LoL tournament felt like a bit of redemption for Grey Warwick.
“It feels really good to win”, commented Warwick’s jungler Pawp after the victory, “It was a bit of a risk – you invest a lot to come to these types of tournaments, and it only really pays off if you win. So, it feels good to get that money”. As we mentioned earlier, Grey Warwick’s victory was also good for a cash prize of £1,500, which will be used to reimburse the costs mentioned by Pawp in his reaction, including travel arrangements and equipment.

Insomnia Gaming Festival is a major annual event for esports in the UK, as it is the United Kingdom’s biggest esports and gaming event. It was originally founded as the i-Series back in 1999, a relatively small LAN event where players could gather and form a community while playing their favourite games together. The festival has come a long way since then, with more than 40,000 visitors attending Insomnia68 this year.

Nowadays, Insomnia features much more than LAN events, as it aims to celebrate all things gaming and pop culture. That goes from huge LAN parties and brand-new title releases to tabletop gaming events and gaming content creation, and anything else you can think of in terms of gaming and esports. The festival’s next edition, Insomnia69, will take place at the same location in Birmingham from August 26th 2022 to August 29th 2022.