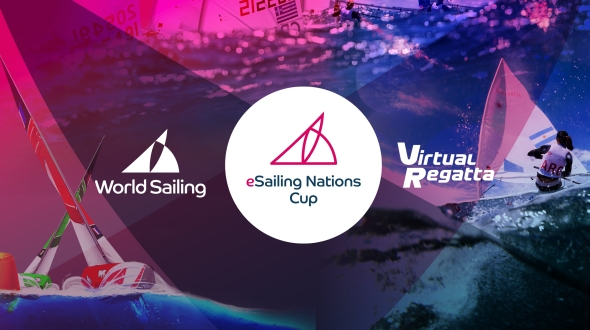 Leading digital sailing platform Virtual Regatta and World Sailing have launched the eSailing Nations Cup, a nation versus nation challenge open to nations that have registered to run an eSailing National Championship that will determine which country is the best eSailing country of the world.

Starting late September, the eSailing Nations Cup will see national teams of ten participate in mass fleet races followed by initial knockout rounds consisting of ten races with a tie break if points are equal. The winners of each first round’s regatta will advance to quarter final for the next round of knockouts. The semifinal will then be held between the top four nations from the rounds and will determine which two teams will compete in a live streamed final the week commencing October 2. The winner will be crowned the eSailing Nations Cup Champion and earn a free eSailing National Championship for 2021 and a venue development of its choice. Qualifications for a national spot are already underway and nations will have to select the best team to represent them in the competition. Teams must meet strict criteria and must feature world standard professional or Olympic sailors, high-ranked eSailors in the eSailing National Championship, and National Club representatives.

“The eSailing Nations Cup is part of our continued effort to develop international eSailing competition and showcase the best talent our member nations have to offer”, said Scott Over, World Sailing’s Commercial Director. “In the last few months, it has been amazing to see the growth in the community, with eSailing becoming an integral part of World Sailing’s strategy. The Nations Cup is another way to continue this engagement and we’re really proud of the relationship we’ve built with Virtual Regatta and their commitment to the sport”, he added.