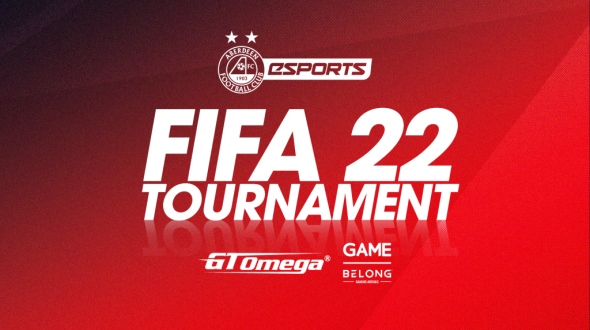 The bonds between traditional football and esports in the UK are becoming closer and closer. Many Premier League clubs already boast their own esports organisations to compete in virtual competitions all over the world, while more and more professional players are getting involved in some of the largest esports organisations in the world. In the past few months, for example, we’ve written articles about Liverpool defender Virgil van Dijk becoming a shareholder at Tundra and Championship side Norwich City launching its own esports team, 1J Esports. Aberdeen FC, one of Scotland’s most illustrious and successful football clubs, has recently followed this example by organising its first esports tournament.

As mentioned before, Aberdeen FC is a big name in Scottish and indeed British football, as it’s one of the two only teams, together with Celtic, to have never been relegated from the Scottich Premiership. On top of four league titles, seven cup titles, and six league cups, the Dons are also the only Scottish team to win two European trophies, namely the UEFA Cup Winner’s Cup and the UEFA Super Cup, both in 1983. Now, the club also wants to start making its mark in the world of esports and organising its first-ever esports tournament is a big step in that direction.

For the organisation of the first Aberdeen FC esports tournaments, which took place on Friday, September 16th, at the club’s impressive Pittodrie Stadium, the club collaborated with some of the biggest names in British gaming and esports in the UK. GAME, the UK’s leading games retailer, and Belong, the operator behind some of the biggest gaming arenas in the United Kingdom, helped put together the FIFA22 tournament. Besides that, the organisation created a series of other activities for supporters in the Richard Donald Stand Lounges. These activities included meet-and-greets with Aberdeen FC’s players, retro game competitions, and a Sim Rig Fastest Lap competition.

The main event of the Aberdeen FC esports event was the FIFA22 competition though, in which no less than 64 players competed for a bunch of cool prizes. Aberdeen supporter Ben Galloway made it through an intense four hours of FIFA22 action as winner, taking home a cash prize of £75 as well a state-of-the-art gaming monitor (provided by Softcat), 4 match tickets for an Aberdeen home game at Pittodrie Stadium, and the unique opportunity to play a first team player from the current Aberdeen FC roster at FIFA. Number 2 Thomas Ogston, number 3 Nathan Robb, and number four Nathan Murray also won a cash prize plus two tickets for an Aberdeen game at Pittodrie Stadium.

“This is an opportunity for us to start exploring the opportunity of esports”, said Rob Wicks, Aberdeen’s Commercial Director, after his club’s esports tournament, “It gives us an opportunity to engage a new demographic, the average age of people here is 16 to 18, a hard-to-reach audience. We are hugely excited about the potential that this holds. Watching the faces, seeing the smiles as the goals go in, it’s been great to see tonight”.