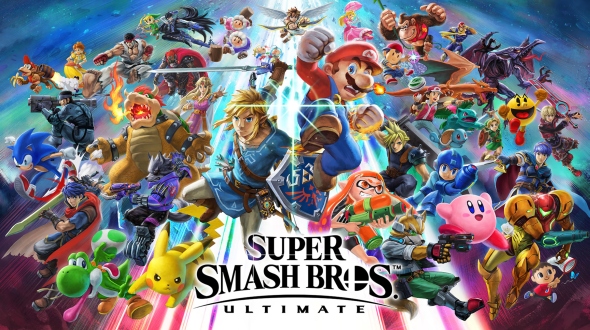 For years now, Nintendo’s Super smash Bros. has been a hugely popular title in esports in the UK and worldwide, alongside other major hits like FIFA, Call of Duty, and Counter-Strike: Global Offensive. Despite the fact that there is still no official governing body or tournament circuit for professional Smash Bros. players, plenty of major events and tournaments are organized every year. Earlier this month, for example, Super Smash Bros. Ultimate featured during the Ultimate Fighting Arena 2022 event that took place in Paris, France, from November 11th to November 13th. Besides the on-screen action, it was also the announcement of the transfer of Oliver “Bloom4Eva” Alexander, the United Kingdom’s number one Smash Bros. Ultimate player, to French esports organization BMS that got people talking.

Besides his reputation as the best Ultimate player in the UK, Bloom4Eva is also considered one of the very best, if not the single best Bayonetta player in the world. Bayonetta is one of the many playable characters in Super smash Bros. Ultimate and the second fighter from SEGA after Sonic the Hedgehog. As a matter of fact, Bloom4Eva is considered the best Bayonetta player in the world, a reputation he solidified by becoming the first Bayonetta player ever to win an Ultimate Major when the Brit won Vienna Challengers Arena (VCA) 2022, his first Major title. He also won Super Smashpoint 4, BOSS BATTLES: For Glory, and Invasion: April 20222 this year, amongst a host of other victories and high finishes.

Joining a team for the first time

As we mentioned earlier, in the build-up to Ultimate Fighting Arena 2022, Bloom4Eva joined French esports organization BMS. That was big news not just because of the fact that he is one of the best Ultimate players in the world, but also because it’s the first time the youngster actually joins a team. Since his breakthrough back in 2019, Bloom4Eva had only been playing as a single player. He was also linked to several British esports organisations, but BMS made him the best offer in the end. The French team, also known as Black Mafia, does not only compete in Super smash Bros. Ultimate, but also in other titles, including Street Fighter V and FIFA.