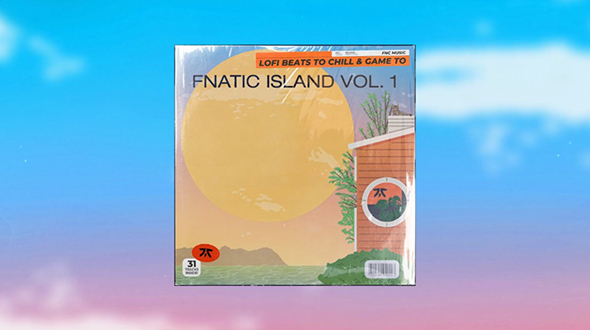 Esports in the UK are finding their way to the mainstream more and more in the past few years. Just recently, for example, we wrote about how Motorsports UK is becoming more and more involved in the world of esports and the organisation of the first-ever Commonwealth Esports Games that were organised over the summer. These kinds of developments and initiatives are great for the overall growth of esports in the UK and in the rest of the world, and the latest project by British esports organisation Fnatic seems to be fitting this trend perfectly. This week, the Londoners announced that they will be launching their very own lofi hip-hop music label with an album featuring over forty artists from the genre.

“Ambitious” is one of the words that comes to mind when processing that one of the United Kingdom’s biggest and most successful esports organisations is getting directly involved in the music industry, and that’s exactly what Fnatic wants to evoke. That’s also why the organisation managed to launch on every major online streaming service available, including Spotify, Apple Music, and Deezer. The very first Fnatic album is inspired by Fnatic’s abundant experience in the world of esports and will be available for free streaming across all platforms.
The idea for the launch of its new music label came from Fnatic’s Head of Marketing, Joshua Brill, who was active in the entertainment and music industry before joining Fnatic. “Every track title on the album is inspired directly by our esports history, our players, our community and the wider gaming world”, says Brill about the latest announcement by his current employer, “Which makes it feel directly relevant to our fans first; whilst simultaneously speaking to gamers who may not know us yet but could end up converting to becoming a Fnatic fan in the future”.

Further according to Brill, gaming and esports culture in the UK and worldwide go hand in hand with music culture, just think back to Travis Scott’s in-game Fortnite performance in 2020. Fnatic wants to capitalise on that connection by building a music label that will open a new revenue stream for the company. Besides the incoming streaming royalties from their musical productions, owning and managing their own label will undoubtedly also open up new brand partnership opportunities for the organisation as a whole.

“Fnatic’s positioning as the leading esports performance brand is built around competing at the highest level alongside our commitment to inspire, empower and level up all gamers”, explains Brill, “Music is yet another catalyst for us to do just that, continuing to cast our net wider beyond esports into wider gaming segments. We chose the lofi genre for our debut album because of its already intertwined relationship within gaming and esports, from its anime roots to the way it is already consumed en-masse by Gen Z and millennial gamers. An ‘internet phenomenon' would be an understatement”.