Sheffield Wednesday next football club to join world of esports 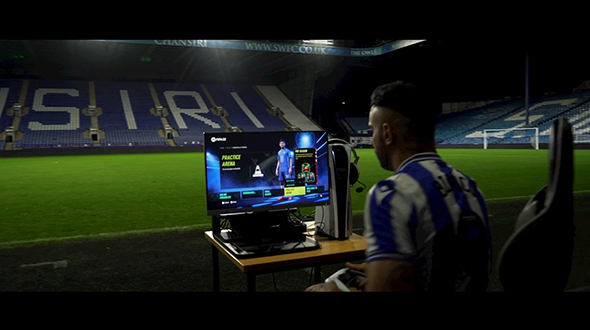 The worlds of education, traditional sports, and esports in the UK are becoming more and more intertwined as esports are gaining popularity. Just last week, we wrote about Scottish Premiership side Aberdeen FC organising their very first own esports event and before that, we published a piece about Nottingham Trent Uni’s Confetti Institute partnering with NUEL (National University Esports League), just to give a few examples. This time, we’re paying attention to a recent announcement by English football club Sheffield Wednesday, who launched their own dedicated esports team this week, simply known as Sheffield Wednesday Esports or SWFC Esports.

As could be expected, the focus of Sheffield Wednesday’s brand-new esports team will be the FIFA franchise, though more titles, like Counter-Strike: Global Offensive or Rocket League, could be added to the team’s objectives in due time. SWFC Esports will be competing in the FIFA23 Global Series as well as the Virtual Pro League. Where the Global Series is a staple for serious esports organisations, the Virtual Pro League is a platform that hosts FIFA competitions using the game’s Pro Clubs mode, a competitive 11v11 mode in which players control a single player as part of a club. Several other professional clubs from the UK and Europe have joined Virtual Pro League recently, including Turkish giants Galatasaray, Championship side Queen’s Park Rangers, and Slovenian club NK Maribor.

More than a new esports roster

Sheffield Wednesday took the creation of their esports team one step further though, as the Owls are considering it an investment that can pay off in the short term and long term. Besides creating a team and recruiting the necessary esports talent, the club also hired Rob Hawden as its Esports Executive. He has been brought in from Championship club Rotherham United, where he worked as Lead on the club’s Esports Project for 4,5 years. At Sheffield, one of Hawden’s first achievements has been the creation of a grassroots esports initiative aimed at scouting local talent.

“I am really happy to be joining such a big and historic club”, said Hawden in reaction to questions about his new club and project, “I am here to take SWFC to the top of the Esports ladder and become the top professional club on the Pro Clubs scene. We intend to build a sustainable infrastructure adapting our Community Programme’s core principles of health, wellbeing, inclusion and education. The gaming community is vast and it’s important as a club that we instil the right values into our esports team and the brand”.

Sheffield Wednesday FC is one of the world’s oldest football clubs, founded in 1867, and currently plays in the League One, the third tier of the English football league system. They were both founding members of the Football Alliance in 1889 and the Premier League in 1992, and were crowned champions four times, on top of 3 FA Cups, 1 League Cup, and 1 FA Community Shield.